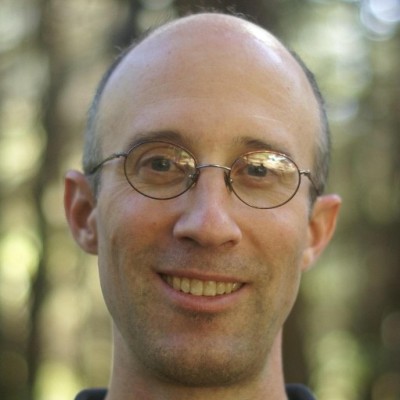 The idea of Container Queries has been discussed widely, such as in WICG/container-queries and in w3c/csswg-drafts#3852. CSS authors want a way to use a feature like media queries on a part of the page. Many of the use cases underlying this desire relate to things that are component-like, that is, pieces of a web page that might be used in different webpages. Authors wish to construct a component whose appearance responds to its size, but they want this component to be a part of the webpage that contains it.

The main reason this is theoretically difficult is that this requires that styles depend on the size of the component, yet given how CSS works, the styles in a component influence its size. Arbitrarily breaking this loop would both give weird results and would interfere with browser optimizations related to incremental relayout.

I believe that it’s plausible to revise the definition of size containment to define a variant that applies in a single axis (which would probably be named width, height, block-size, or inline-size) by revising the definition (perhaps after being amended per w3c/csswg-drafts#4741) to say “when calculating the size of the containing block in the given axis”. (What this means, underneath, probably needs to be defined per layout system, as does the existing definition.)

Containment in a single axis

To explain what containment in a single axis means, we need to define it for each display type.

The current definition of containment uses a convenient shorthand: define contain: size to behave as though the element has no contents. This works in both dimensions. Implementing this is not quite so trivial for implementations: implementations need some custom code in the implementation of each display type, and maybe in more than one place for some of them, to act as though the element has no contents. But it is, nonetheless, a clear and simple definition that implementers can apply, although it might require a bit of work for implementers to find all the places in the code that they need to apply it.

Describing containment in a single dimension is harder from a specification perspective, since the specification can no longer use the shortcut of assuming that the element has no contents. Roughly, it requires that we make that sort of assumption in some places but not others, so as to influence one dimension but not the other. So here I’m proposing to redefine containment in each axis by having the spec define each effect that containment has.

These definitions have to ensure two things:

Ideally, the definition will also ensure that the computation of the size in the second dimension works in a way that is as close as possible to how it would work without containment in the first dimension.

Or, to put it another way, this approach means that the specification needs to take the approach that I believe implementations already take (at least Gecko’s), which is adding a test in various places in the layout code to have some specific change in behavior when containment is present.

TODO: flesh this definition out more and go through the feedback on #4741 … and figure out if this whole thing has a chance of actually working!

ISSUE: Florian points out that the definitions here aren’t really sufficient, because a size in one dimension can, through ancestors, influence the size in the other dimension, for example through causing a scrollbar to be created. Need to work out whether this makes this proposal not workable, or whether there’s a way around it.

The computation of intrinsic sizes in the inline axis assumes that the block has no contents.

There is no effect on layout since block layout doesn’t generally produce output in the inline dimension.

First, the computation of intrinsic sizes in the block axis (whatever they mean in the first place) assumes that the block has no contents.

Second, the final block-size computation during layout also assumes that the block has no contents.

The computation of both intrinsic sizes in the inline axis and the inline-size computed during layout assume that the table has no contents.

First, the computation of intrinsic sizes in the block axis (whatever they mean in the first place) assumes that the table has no contents.

Second, the final block-size computation during layout also assumes that the table has no contents. It’s not clear to me what the resulting row block-sizes are, but they’re presumably the same as whatever happens for size containment.

same as for display: block

same as for display: block (with the caveat that the final block-size computation during layout is more complicated)

… containment for display:flex in the main axis

… containment for display:flex in the cross axis

… more cases that need to be handled?

The proposal I’m making here addresses the need for container queries, but it also addresses a second need that I’d like to explain a little further. It adds support for a different type of CSS cascading priority.

CSS cascading has the existing concept of specificity. This concept often doesn’t work very well for authors of CSS. I believe that one of the reasons for this is that the specificity is based on selectors that match anywhere in the tree, and doesn’t consider the proximity of the element selected by a selector to the target of the selector.

Given that the syntax I’m proposing for container queries lends itself to adding this feature at the same time, I propose to do so.

The <selector> given as an argument to this @container rule matches the container(s) to which the rules inside apply. The rules can match only that container’s descendants. (Issue: Probably we’d need support for some properties applying to the container itself, but others definitely can’t.) These rules also apply in the CSS cascade at the scope of that container, so that they override rules for containers higher in the document tree. Thus this proposal is not only for container queries, but also adds CSS syntax for scope-based cascading.

Issue: Is the parsing disambiguated sufficiently? In other words, are we OK assuming that when we hit an open parenthesis (that’s not part of an existing selector function), it’s the beginning of a media query and we’re no longer parsing selectors?

The <container-media-query> production is intended to be a subset of media queries, allowing only the Viewport/Page Dimensions Media Features (including min- and max- variants). However, these queries would have modified definitions so that their tests apply to the dimension of the container rather than to the dimensions of the viewport or page.

The containment necessary for such a rule to operate would depend on which media queries are used:

If the containment needed for any of the queries is not present, then the queries are considered not to match, and the rules inside are never applied. (Issue: Is this the right choice, or should queries be allowed separately across toplevel commas?)

Todo: selectors that reference the element that <selector> matches. Should :scope work here?

Todo: what rules are allowed inside @container?

I believe the most substantial performance overhead of this feature in an implementation that is well-optimized for it should be that the implementation needs to switch more between styling and layout. The need for this switching may, in turn, reduce opportunities for parallelism in both styling and layout (although the later pass(es) might provide clearer opportunities for parallelism as well).

In particular, this is because processing these queries requires that layout be done on the ancestors of the container before styling can be done on its descendants.

This is still a substantial improvement on the workarounds used today, which perform an extra pass of styling and layout on the descendants of the container before (in at least some cases) correcting the styles to the final styles and then performing style and layout again.

Not long ago I decided to improve the loading times of my website. It already loads pretty fast, but I knew there was still room

When 1 in 4 or 25% of respondents say they cannot remember changing their online password, there is cause for concern. The data is from

cPanel is excited to now be added to the Microsoft Azure® Marketplace. The complications involved in a manual cPanel install have been removed and the overall process

Voodle has announced the launch of its free video sharing application for desktops and Android devices. According to the company, the app will help enhance

How to Use Alignable for Your Business Network